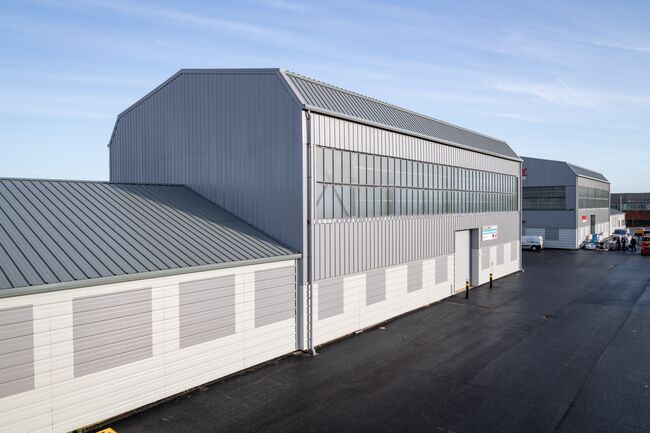 FischerTHERM DL 140 panels are
tested according to DIN 18234-1 and thus also comply with the Industrial Building Directive (IndBauRL), which is based on the building regulations of the federal states.

The Industrial Building Guideline requires under point 5.13.1 that "Contiguous roof surfaces of more than 2500 m² must be designed in such a way that fire propagation within a fire compartment or a fire-fighting compartment via the roof is impeded. This is considered to be fulfilled, for example, for roofs a) according to DIN 18234-1/DIN 18234-2 (list of roofs)“.

DIN 18234-1 specifies fire protection requirements for large-area roofs with roof coverings and roof sealings with an inclination of less than 20°. FischerTHERM DL 140 elements with PIR foam system FTS06 are classified according to DIN 18234-1 and meet the structural fire protection requirements for industrial buildings, as confirmed by an independent Currenta test report .

Now, even large roof areas without fire compartments can be executed energy-efficiently with FischerTHERM elements.